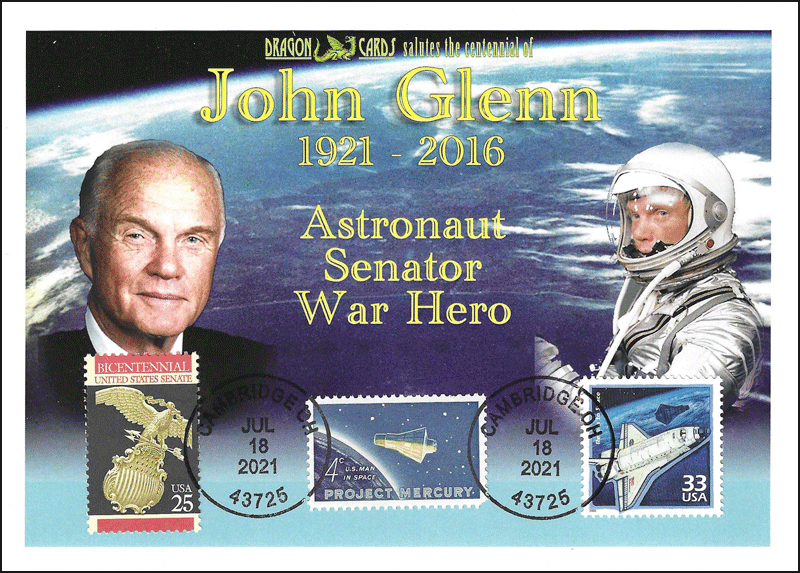 Sc. N/A John Glenn on a 5"x7" Dragon Card showing a official photos of John Glenn as a U.S. Senator and a Project Mercury astronaut. The background is a photo he took from orbit during his historic 1962 flight. Two round July 18, 2021, Cambridge OH postmarks (the centennial and place of his birth) tie stamps representing his life: Senate (Sc. 2413), Project Mercury (1193, issued the day Glenn became the first American to orbit the Earth) and Return to Space (3191h), from the Celebrate the Century 1990s sheet. In 1998, at age 77, he became the oldest person to fly into space up to that point, as part of a shuttle crew. As a Marine fighter pilot in World War II and the Korean War, he was decorated numerous times. Great for a space-, military-, government- or Americana-on-stamps collection!