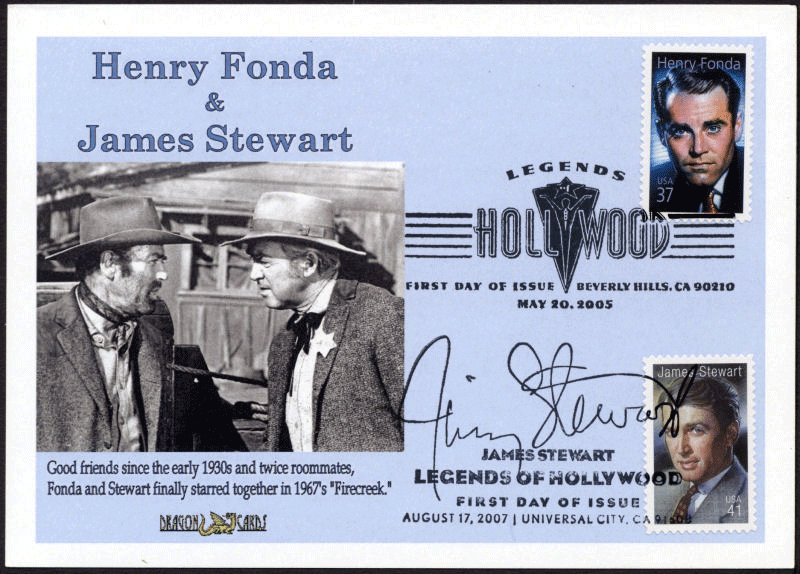 Sc. 3911/4197 Henry Fonda/Jimmy Stewart on a 5"x7" Dragon Card featuring "Firecreek" (1967), the only film to star best friends Jimmy Stewart and Henry Fonda. (They appeared together in a segment of an earlier film and separately in "How The West Was Won.") Each actor's stamp is tied by its First Day of Issue hand cancel. Great for a movies- or entertainment-on-stamps collection!